Everything to Know about Jobs in Germany for Indians 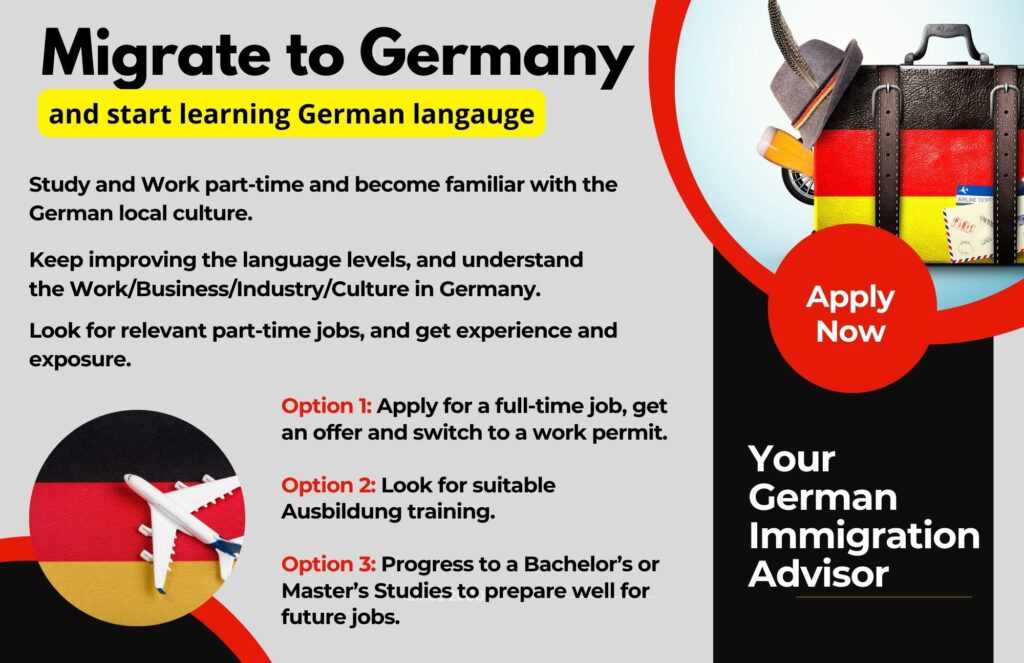 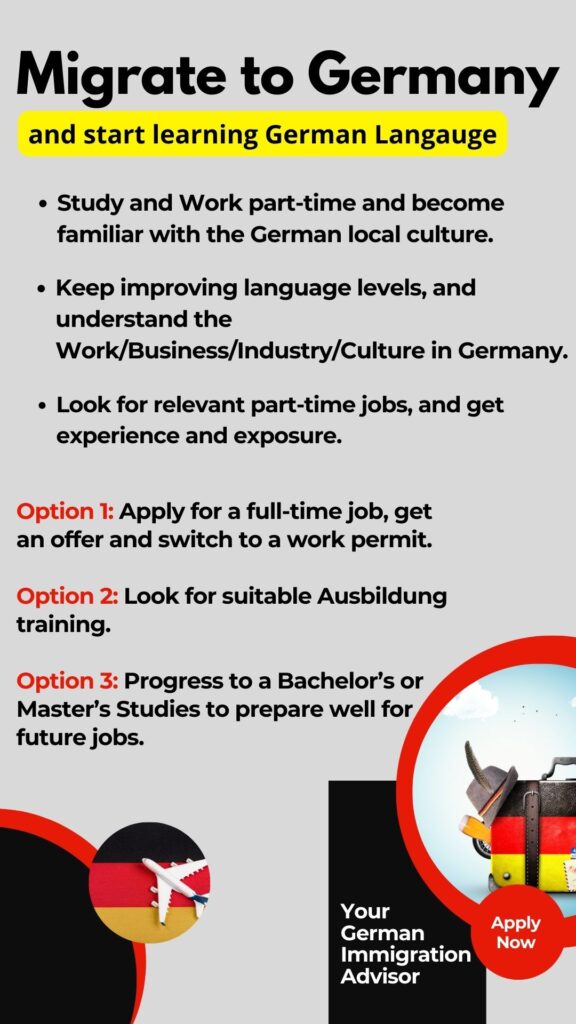 Being the largest economy of Europe and the fifth-largest in the world, Germany has many work opportunities for foreigners with specialist skills after graduating from their studies in Germany.

People who aren’t from EU/EEA countries are even offered an extended residence permit to look for a job in Germany in case they find it difficult immediately after completing their studies in Germany. This visa and permit allow them to take up any odd jobs while looking for a good job as per their qualifications and expectations.

In case you are a qualified person in your country, and wish to apply for a residence permit before coming to Germany then that’s also possible now under the Skilled Immigration Act introduced in March, 2020.

Once you have obtained a job offer from an employer in Germany, you will be required to have the below information and documents in position to apply for your visa;

Germany has an acute shortage of skilled workers, and there are several jobs that foreigners can apply for. People from any non-European Union country that includes India are considered qualified to work in Germany now.

There is a job for every qualified professional and worker in Germany whether in Frankfurt’s monetary sector, researching the automotive innovations within the metropolis for BMW, or making it huge in the marketing sector.

However, if you are deciding to make a move, there are some important things that you should need to understand. There is nothing to stress about; however, several aspects of life, like working in a European nation, have their special nuances. There are official issues to work around before beginning your employment, for example, securing visa support or obtaining all the necessary documents to pay taxes.

The country has one of the lowest unemployment rates in Europe. The rate of unemployment in Germany was marked at 3.9% in May 2020. Let us have a look at the remuneration packages offered by some of the largest firms in Germany:

Almost 90% of the businesses in Germany come under SMEs i.e. Small and Medium-sized Enterprises. These SMEs account for 2/3rd of all the jobs in Germany.

Because of the COVID-19 pandemic, the influx of foreign students that includes Indians as well has been highly affected, but the German job market still welcomes skilled foreigners with German language proficiency to be employed in companies directly. 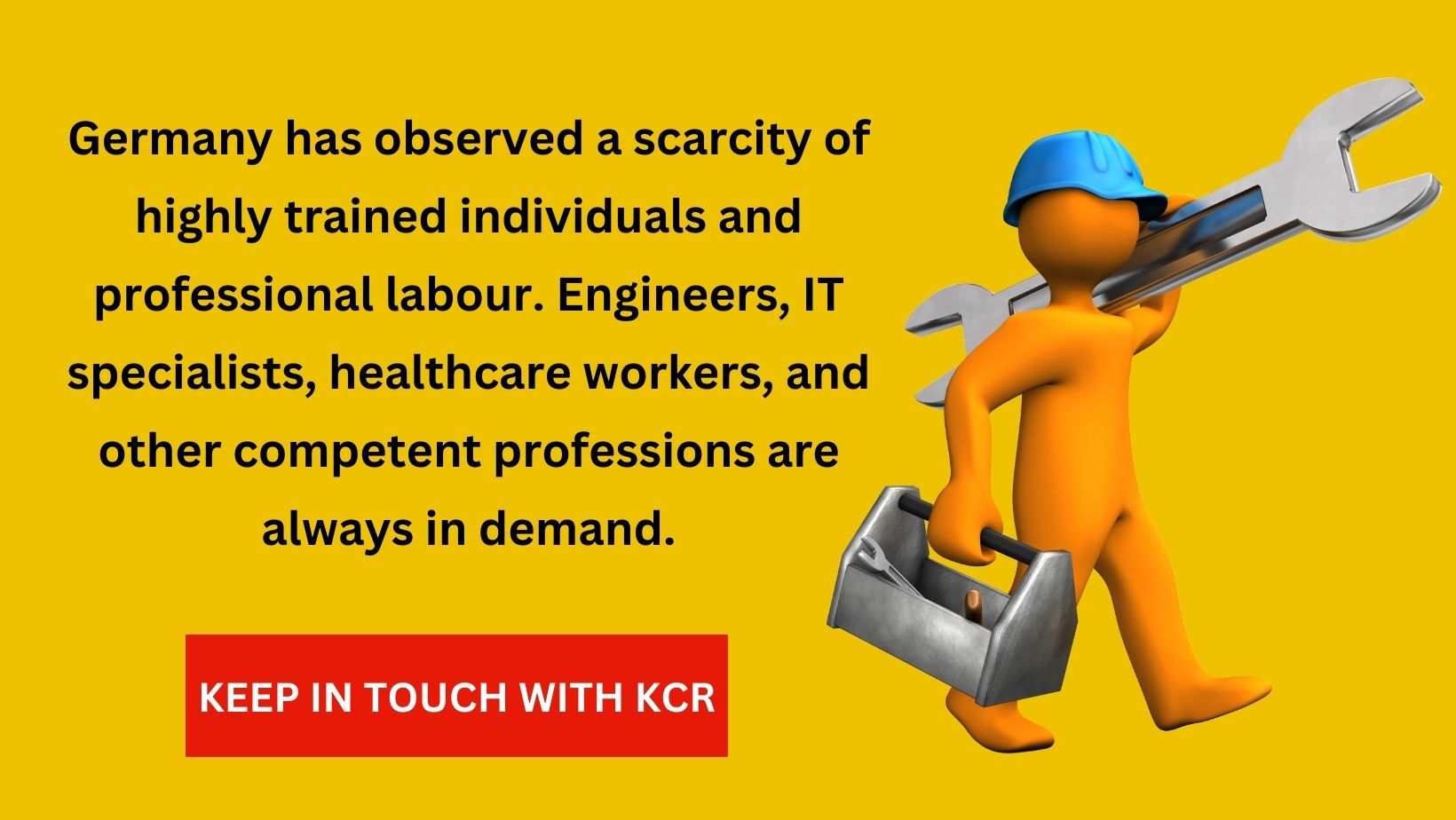 Vacancies of Jobs in Germany for Indians and other foreigners

Low rates of unemployment are connotative of the shortage of skills within the employment market of Germany. However, sectors like healthcare and STEM (Science, Technology, Engineering, and Management) have their fair proportion of a shortage of expert staff.

Germany had more than five crore vacancies according to the statistics of July 2020; these vacancies include all kinds of employment ranging from hospitality to English teaching. The wage growth is recorded at around 0.40%.

Salaries of Jobs in Germany for foreign origins like Indians

The base salaries are set in Germany, annually. With a minimum wage of 9.5 Euros/hour, Germany is presently fifth among EU countries in terms of better salaries. The typical monthly payment is around 4,000 Euros. This varies from sector to sector and job position at which one is placed within the company.

Top Paying Industries in Germany Based on Salary

Here are some of the highest paying job sectors in Germany:

Banking and Finance, Consulting, IT, Transport, medicine, legal jobs, engineering, insurance, etc. The salary in these sectors is around 65,000 Euros to 85,000 Euros per annum.

Working after completing your studies in Germany

If you have an academic degree from Germany, getting a residence permit with the right to engage in the German employment market is going to be much easier.

As per the Skilled Immigration Act, this is no different in the case of a non-EU citizen after completing his / her vocational course like an Ausbildung programme in a chosen occupation.

You can apply for a residence permit to find a job, if required, just after completing your studies in Germany. After successful in finding a job within the time specified, you can continue to live and work on a new job and residence permit in Germany.

Pay-scale or salary will vary in Germany depending on various factors such as: 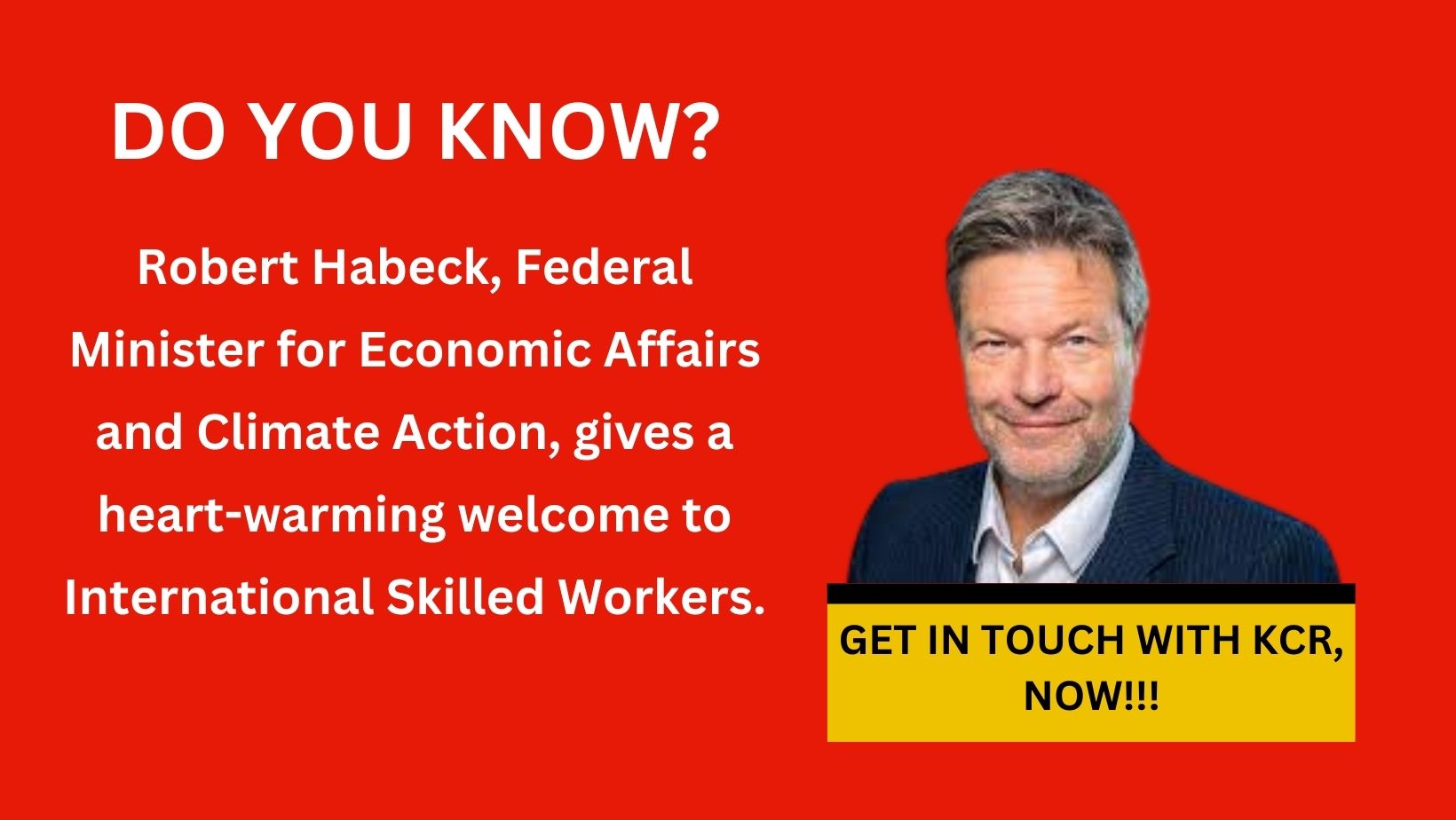 How to Find a Job in Germany?

So now you have finally made it clear to make a move to Germany, and you’ve got the qualifications needed to impress the employers. The sole question now is the way to get employed in Germany. Luckily, there is a clear pathway, to search for a job in Germany, for foreigners. There are a variety of obstacles that candidates have to pay attention to before they can begin earning. Therefore it’s helpful to run through the process to elucidate how it works.

You can explore jobs in Germany through numerous job portals online. English-speaking jobs in Germany can be found on Craigslist, English Jobs Germany, The Local, and TopLanguageJobs.

The job market includes direct appointments as well as apprenticeships and graduate schemes that include on-the-job training. This type of arrangement is common in German corporations that look up to confirm that all workers have the desired skills. Corporations additionally tend to appreciate workers who are conversant in Germany’s business culture, with its stress on formality, promptness, and respect for rules.

If you are speculative about how long it takes to get employed, the answer is: it varies. A couple of months could be a realistic time frame to search for work in Germany for foreigners if you work with advisors to organise your search and use notice boards and online portals.

You can contact recruitment agencies through the German telephone book. Search for agencies that are members of the Federal Employer’s Association of Personnel Service providers.

Steps to Getting a Job in Germany

Offered to non-EU citizens, the EU Blue Card permits extremely qualified candidates to live and work in the country.

Eligibility: Recognised university degree and an employment agreement with a gross annual salary of around 55,200 Euros. If you’re working within the IT, scientific discipline, mathematics, human medication, or engineering sector, your gross annual wage ought to be around 43,056 Euros a year.

According to Germany’s Federal employment agency, the country wants over 400,000 proficient migrants to arrive each year to feed its demand for labour. There are a variety of reasons for this demand. An aging population is, however, the foremost vital driver of employment opportunities in the strong economy of Germany.

Germany makes its place within one of the world’s most efficient economies, which means that it has a high level of output per individual employee. Statistics vary, but to illustrate the purpose, most specialists believe that employees in the United Kingdom succeed in five days, while Germans succeed in four. And that is true in the majority of German industries.

This sturdy economy rests on numerous sectors, together with aerospace and automobile production, information technology, life sciences, and prescription drugs, logistics, healthcare, agriculture, sustainable energy, and digital marketing. This diversity implies that a large range of skills are required, and corporations seek to recruit all over the globe.

Hours of Work in Germany

Is the work schedule in Germany different from that of India?

In Germany, the hours of work depend on sectors and are mostly uniform; however, working trends are changing in various sectors gradually. In general, work hours range somewhere between 36-40 hours per week or seven to eight hours per day. That is the usual norm, and change in the norm is rare.

The working hours are linked to a law called the Arbeitszeitgesetz (Working Time Act), which states a maximum 48 hours per week working, and is not arbitrary. There is some level of flexibility in the application of this law, but you should not expect much from it.

In Germany, employees get regular breaks during work every day, and every employee in Germany is entitled to a 30-minute break according to the law.

A part-time job in Germany is very common. A part-time job involves 30 hours of work a week according to the law and entails different employment rights and tax arrangements. Mini jobs are also very common and are often opted by students or employees with low wages to supplement their income.

A qualified person can also migrate to Germany on a job seeker’s visa. Job seeking visa is granted by the German state via consulates or embassies in the home country of the applicant and permits to enter Germany and look for an opportunity to work in a German company.

The visa permits the individuals to stay in Germany for six months to search for employment.

Please remember it is also important and obligatory for all residents, irrespective of the kind of permit, to obtain health insurance. There are several insurance providers in the country offering different covers.

Is it possible to get a job in Germany without speaking the German language?

To get a job or employment in Germany, the applicants need to master the German language, at least a B1 level before applying for a visa. High-end job positions in Germany will involve an interview round, and almost all employers will focus on good German language skills.

In some cases, you might also find online jobs in Germany for English speakers, but strong German skills are always a plus for whatever kind of job you find in Germany.

In some cases, there might be a need to get further professional qualifications in the German language before securing employment. 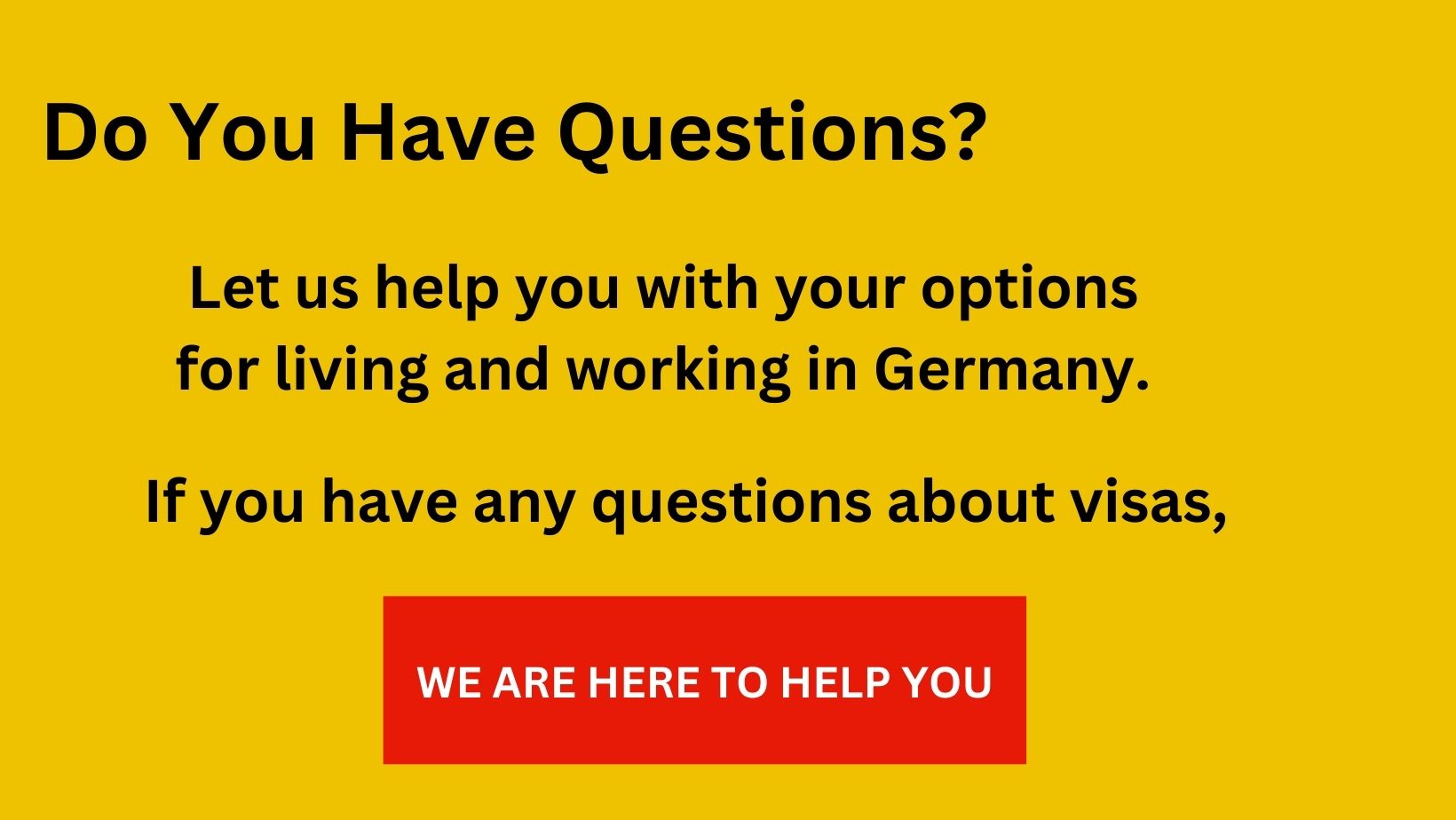