Is Migrating to Germany to Study Medicine Advisable and Beneficial?

Migrating to Germany to study medicine is advisable and beneficial as one will have all the opportunities to progress in their career one way or another.

One doesn’t need anybody’s recommendation to apply to a university, not to wait behind anyone; you need to work hard and qualify to compete with others.

You don’t need to be a part of the dirty run as Germany is fair and rational in all matters.

Not many people compete, and it’s just 1500-2000 in case of competition and not in millions as in the home country! 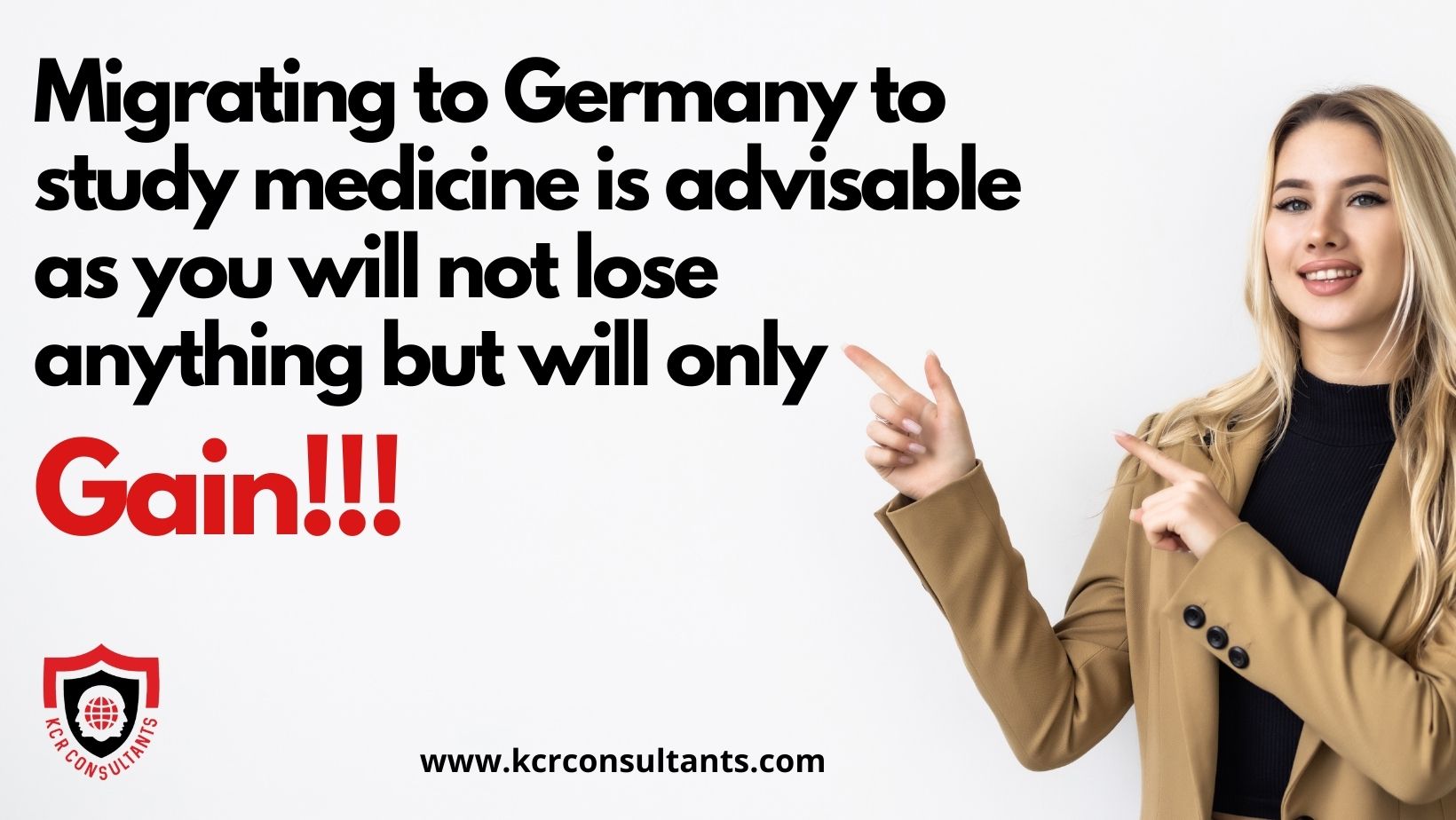 Why migrating to Germany to study medicine is advisable?

Migrating to study medicine in Germany is advisable as you will not lose anything but will only gain.

One needs to pay to learn an international language of millions, also known as a scientific language, plus a medical foundation Year course, and nothing for a medical study.

You may also attend the foundation for free; no tuition fees are charged if you follow it in a state-funded studienkolleg!

The current law in Germany allows international students to work for a limited period of 120 full days or 240 half days per year, making Germany an affordable place to live and study.

Why migrating to Germany to study medicine is advisable and will only gain, not lose anything?

Migrating to Germany to study medicine is always gainful. Even if one finds it difficult to make it to medicine studies after the M Foundation year, they can choose another programme and move forward to achieve their career goal.

After 12-18 months of learning the German language and completing a foundation course, one will know the best alternative, if not medicine studies.

Germany is best known for biotechnology. Biomedicine is a sought after subject in Germany; Medical engineering puts one in the same line as the medical subject, and Biosystem is not anything different.

One can also study Physiotherapy or nursing in a German public university as a dual programme offered in association with teaching hospitals in Germany. Here one is not paying any tuition fees but earns a stipend/salary every month for their involvement in the workplace and job while getting trained by the experienced employees.

So what will one lose in migrating to Germany to study medicine?

2 thoughts on “Is Migrating to Germany to Study Medicine Advisable and Beneficial?”

Read More
Featured
PrevPreviousWhy Germany for MBBS Abroad Aspirants from a Country like India?
NextWhy and How Germany is the Country for Immigration in 2022/23?Next